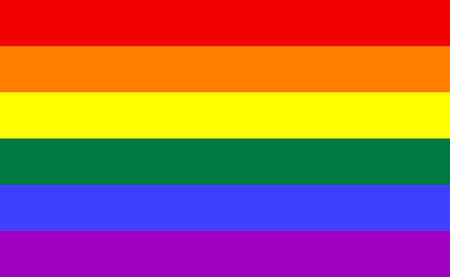 this carrd was created because of the widespread trend of using slurs which you can't reclaim! if you see any mistakes or have any questions, please contact one of us on twitter.

DISCLAIMER: some of these terms arent exactly slurs, but they are still offensive and derogatory terms that shouldnt be used by anyone other than the people who can say it.

if you have any genuine complaints or would like something fixed in the carrd please contact one of us, we are willing to hear you out and correct any and all mistakes if given a valid reason. some of these terms have details provided by people who can reclaim the slurs and know more than what could be shown in an official source.

sources at the end of each section

people who have the right to reclaim slurs:

anyone mlm (men who like men- gnc mlm, nblm, etc)

if you arent in any of these categories, then no need to go on. there are no slurs you can reclaim other than queer, because every other slur is targetted towards another specific audience.

*it is important to note the word fruity, which is NOT a slur- it's aave and said to be fine to use for anyone who identifies as queer

"but i was called [slur] before as a [sexuality/gender,] so why can't i also say it?"

almost ALL known slurs used in our community are gender/sexuality-specific.

lesbians can claim their own slur, not all wlw, because of the meaning and the use of the word. it loses its use when someone wlw who likes men as well uses it!

the same goes for mlm- all slurs used on mlm were meant to target how they were "less masculine," so it would make no sense for someone fem aligned to use it (there are exceptions for transfems due to historical context!) 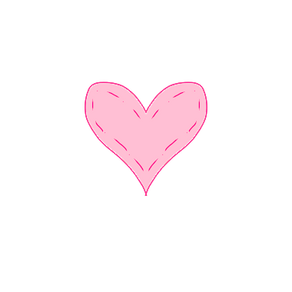 alright! lets go! click on a map to navigate

(each section was written by someone who can reclaim the slurs mentioned (someone gay wrote the mlm slurs, a lesbian wrote the lesbian slurs, and someone trans (transfem) wrote the trans slurs.) there are people who helped with this carrd that did not want to have their profile shared, but feel free to contact any of the accounts linked at the end of a section if you want something fixed or have any questions.)

feel free to contact someone if you think one of the flags should be changed or removed, we tried to be as inclusive as possible and added the flags that were sent in and asked to be included. 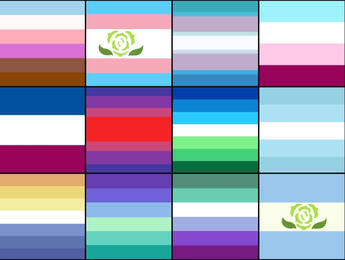 "what does mlm mean?"

MLM is an acronym that stands for either man-loving-man or men who love men. its used by the LGTBQ+ community for a relationship involving two male presenting people. the term mlm includes bi men, gay men, pan men, masc nonbinary people, and et cetera (nblm is also a term used to refer to nonbinary people who like men since some n-bs dont feel comfy using mlm to refer to themselves)

another term often used to refer to them is achillean, although some people don't like it being used due to the discourse around it. other words you can use instead of that are apollian or chaeronean.

faggot and any variation of it*

the slur was originally targetted against guys who were considered "feminine" or dont fit in w stereotypical masculinity, e.g. assuming that men lose their masculinity by liking other men. it also extended to calling anyone who wasnt "masculine enough" to be a "real man."

people who can say this word:
anyone who is mlm, nblm, etc
transfems

SOURCES:
A Qualitive Study of How Gay and Queer Men Make Sense Of F**/***

Who Can Say F*****? A Two Part Study on Online Slur Reclamation"

One of the Boys: Homosexuality in the Military During World War II

not necessarily a slur, but this word is used against men who are seen as "effeminate" or "not man enough." it was used to call out men who liked other men or were into the arts (dance, painting, etc)

people who can use this word:
anyone who is mlm

*this is also used against transfems

SOURCES:
"--and Then I Became Gay": Young Men's Stories
Is It Ever OK to Call Someone a ‘Pansy’?

not necessarily a slur, but sometimes seen as a derogatory word. the term fruit used to refer to "an easy victim-" it later became a word to represent "a soft, tender, effeminate" man.

people who can use this word:
anyone who is mlm/nblm

*this word is also viewed as aave and commonly used as slang, please do not demonize aave under the excuse of being "woke" on tiktok or twitter (creator of this carrd would like to apologize for the lack of official sources for this yet, this is information that has been relayed verbally)

SOURCES:
Fraser, Bruce (December 1981). "Insulting Problems in a Second Language"
One of the Boys: Homosexuality in the Military During World War II

poof isnt exactly a slur, but it was a word used more commonly in australian and british english rather than american english. it originates from the phrase "poofter-bashing" (a collection of organized hate crimes against homosexual men that happened throughout the 1960s and 1970s.) it is also used on males who do not conform to society's ideas of "masculinity." calling a homosexual man this can be insulting

people who can say this word:
anyone who is mlm, nblm, etc 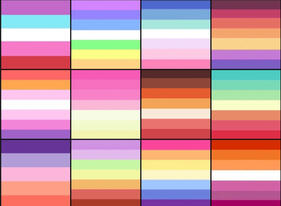 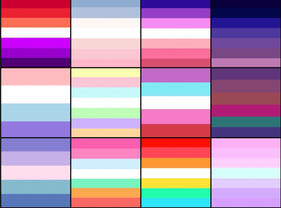 "what does wlw mean?"

WLW is an acronym that stands for either woman-loving-woman or women who love women. its used by the LGTBQ+ community for a relationship involving two female presenting people. the term wlw includes lesbians especially, bi women, pan women, fem aligned nonbinary people, and et cetera. (nblw is also a term used to refer to nonbinary people who like women since some n-bs dont feel comfy using wlw to refer to themselves)

another term often used to refer to them is sapphic.

** this is aave and black lesbians are asking nb lesbians to stop using it, so please decide what to do accordingly. official source included in last link.

people who can reclaim this slur:
black lesbians ONLY

SOURCES:
Origin of the slur D*** One, Two, Three

"Reconsidering the Etymology of Bulld***"

lesbo is not exactly a slur, but it is still used in derogatory context sometimes. Gay terms should not be used as an insult because there is nothing wrong with being gay. Therefore, lesbo is no different. It is offensive towards lesbians, just as dyke. If a lesbian says it, it's okay as it is THEIR slur and not for others to call them even "jokingly." (this word also means lesbian in Finnish)

people who can reclaim this slur:
lesbians ONLY

only transfems should reclaim this slur. since its a transmisogynistic slur, it should not be reclaimed by transmascs

HOWEVER there has been discourse and many different opinions on this.

this slur is used to refer to pre-op transfems (women who havent had both top and bottom surgery done.) the slur shemale is VERY disrespectful

only transfems can reclaim this slur.

the carrd that was recently linked here to inform people of current world issues is incredibly biased and had some problematic stories around it, so instead of offering a carrd i will implore you to search through twitter and instagram and help as much as you can- you are not alone in this world and though i offer this to u as comfort it is also a reminder to take care of the earth, the nature and environment, the humans that exist with you. if you have even a few dollars to spare donate and help others who need it, and keep kindness in your heart.

take the time to find gofundme's for trans people looking to transition easily or poc low on funds, trying to improve their life. retweet something about a small business owner's shop to help support them.

please do not message us with the intent to start an argument over sections that have their sources provided and listed clearly, as well as many people agreeing on the topic. read the articles and sites linked before deciding to contact one of us in complaint. you will be ignored. thank you very much.